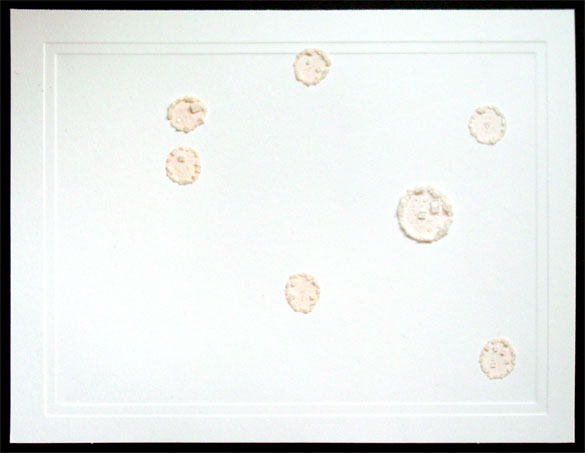 When I started this piece, I’m sure I had intentions of doing something else once the water dried and salt spots formed, but the end result was so serene, I decided to keep it as is. It’s so subtle that my scanner did a terrible job with it, actually, so I had to take a photograph instead.

This is what it looked like early on, when the salt had mostly dissolved but the water hadn’t pulled all of the ink out of the paper yet, so you can still see the orangey-gold spirals faintly inside each drop: 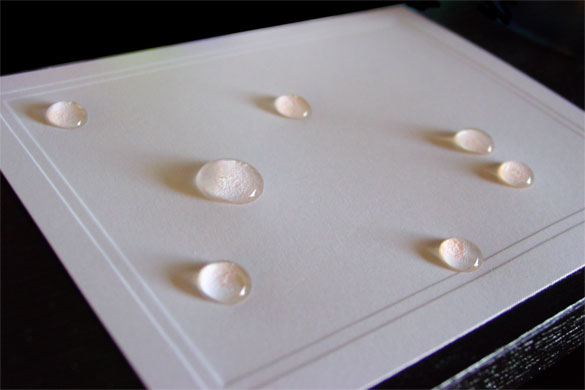 You can see how the one droplet slipped up over the embossed edge of the card, even though I tried to keep it away. The resultant pool of golden salt stayed in the same spot, gently breaking the borders of the piece: 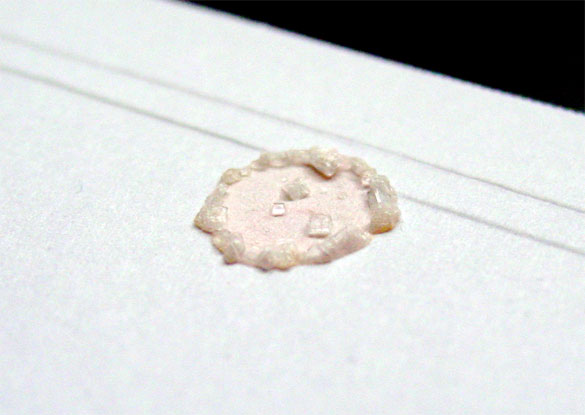 This last photo encompasses the feeling of the piece for me, the depth and detail that’s hiding in the minimalist presentation: 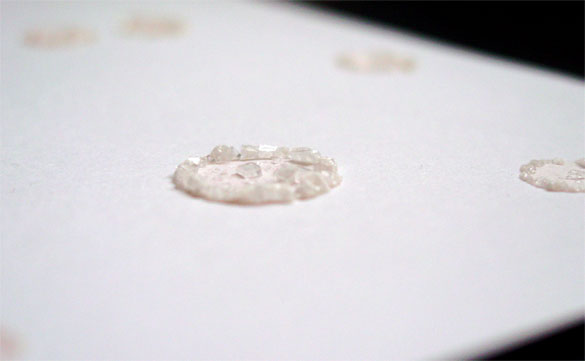