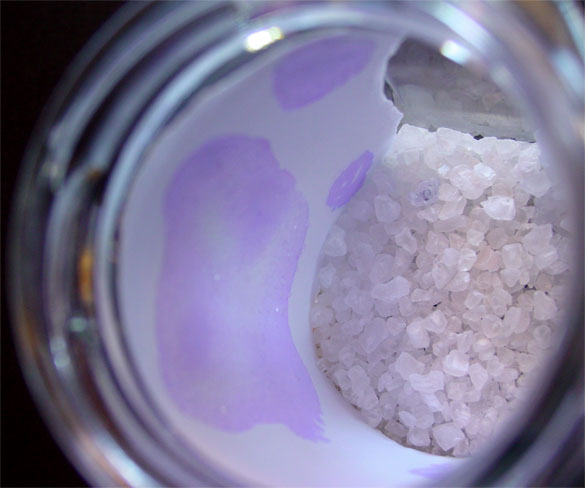 I’ve finally given in to my six-month admiration of Kirsty M Hall’s 365 Jars project and made a jar of my own!

It started out as yet another salt experiment, but for whatever reason the water soaked through the paper, making a fascinating layered piece of art. There’s even salt crystals formed inside the paper itself, pushing their shape up under the matte inked spirals. The back of the paper is subtly sparkly, though, which forms the inner curve of the piece. This purple ink tends to separate out into the water, making the salt circles a pinkish lavender and the spirals themselves a darker blue-violet.

I wanted a way to display the piece that invited the viewer to look at both sides, and the idea of curling it up into a jar seemed obvious after nearly half a year of seeing Kirsty’s daily posts. I first tried it out in a smaller corked bottle I have, but the paper was curled too tight to see inside, defeating the whole point.

In order to make it fit properly in the jar, I tore the paper into an organic shape, including liberating one of the swirls onto its own little piece of paper that sits against the glass in the gap between edges. Then I filled the bottom with the same rock salt I use to make these art pieces, including a few chunks that had been stained with pink and blue ink hiding amongst all the white.

Below you can see all six faces of the jar, and at the bottom I’ve made a silly gif of the jar rotating endlessly.

Untitled Jar 1, mixed media in a jar, not for sale.

The obvious first panel, with my signature on it in the original purple color. 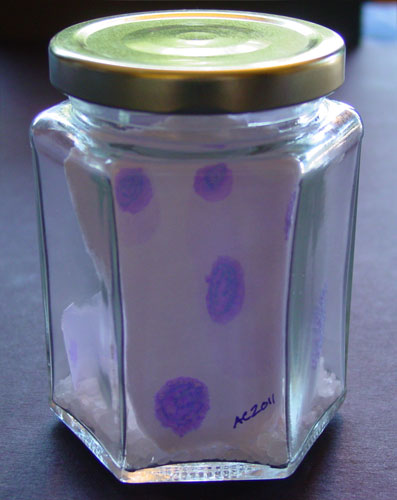 Here you can see the “front” really clearly, the swirls with their salt-crystal texture and just the edge of my signature. 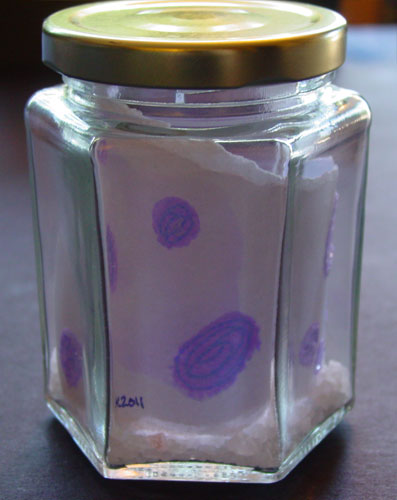 Another good shot of the salt texture, with a few surface crystals catching the light. You can also see the backs of some of the other shapes in the tiny window above the torn paper. 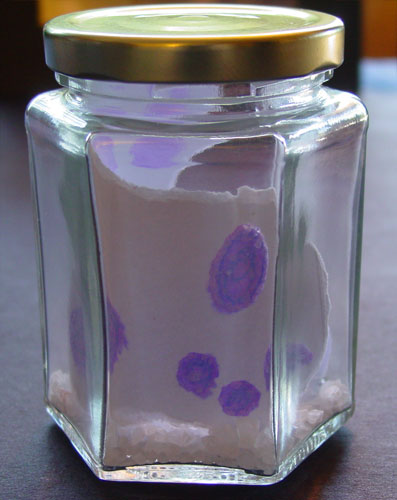 Here the two sides are juxtaposed. 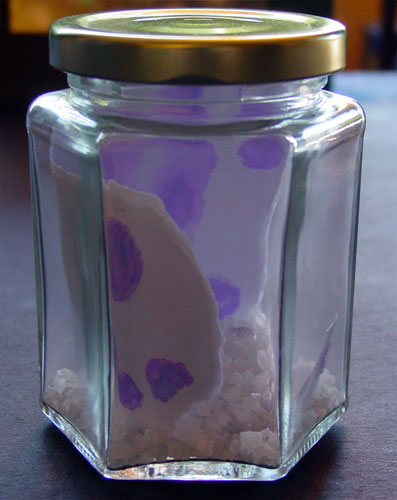 The big, sparkly inside shape with its variegated shades of lavender, plus the little escapist swirl on its own little island of paper. 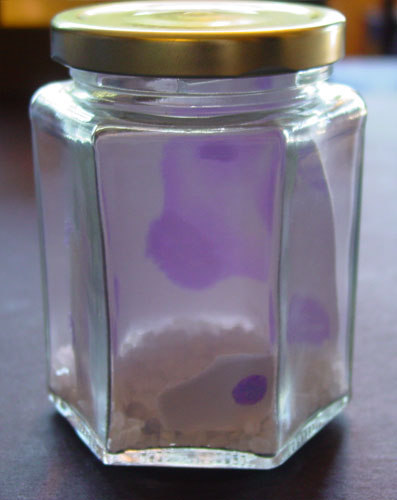 Another good shot of the back and the way the ink bled through in different colors than what stayed on the surface, and a few of the blue-tinted salt crystals are visible down at the bottom. 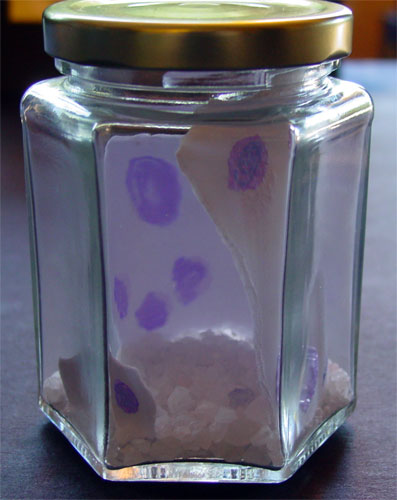 Here’s the animated version, which loses some detail but is kind of fun to watch: