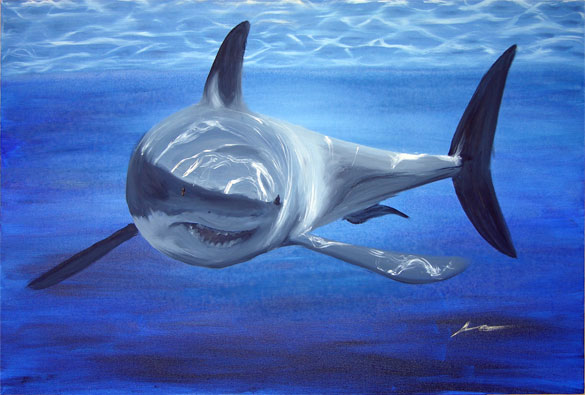 This is one of my very first underwater paintings, painted as a wedding gift for some friends. He hangs in all his fierce glory in their living room to this day, though he never did get a frame.

We named him Bruce Fandango after the shark in Finding Nemo, and the silly Fandango commercials where they say, “Look out, rawr!” I mean, doesn’t that sort of seem like what he’s saying? 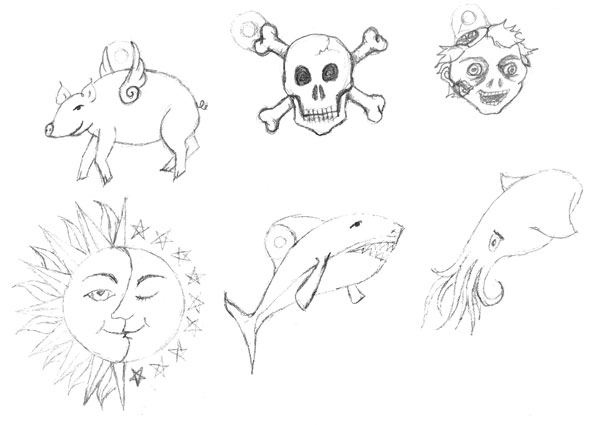 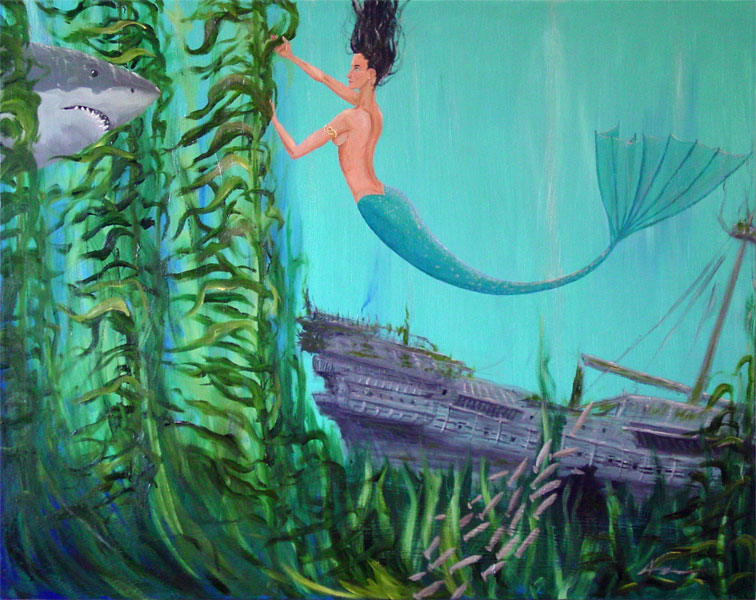 Click through to see the process, which was thoroughly documented to keep Jeff current on my progress. END_OF_DOCUMENT_TOKEN_TO_BE_REPLACED 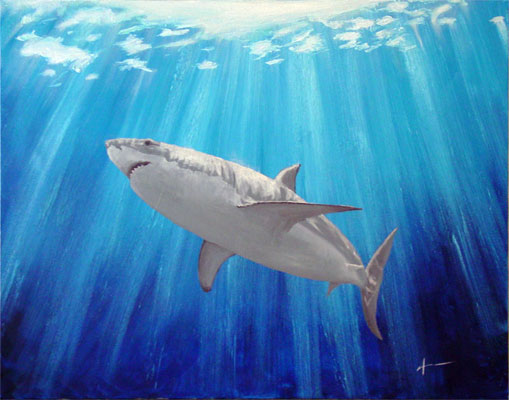 Years ago I painted a Great White shark, Bruce Fandango, as a wedding present for my good friends Jeff and Dawn. When I met Kim and found out she loved sharks, I immediately thought to show her Bruce. The end result (after a bit of pouting that he wasn’t available for sale) was that she commissioned a second, smaller shark of her very own.

It took me several years to actually get this shark painted; I had the background done and it gathered dust waiting for me to get my act together. After I moved back across the country from poor Kim, however, I had another person back east commission a painting (Gretchen’s awesome squid, Nugget), and so I finished them in tandem so that they could get shipped in one big flat box.

I managed to time the delivery so that I could see her face when we surprised her with the finished product, and I have to say, all the delay was totally worth it. I’m told he still harbors a place of honour on their living room wall!

Read on to get a glimpse into the painting process…