Yes, that is a dime off in the distance there. Yes, they are just that wee. Somehow, I forget every time just how small they’re going to get! I have no idea what I’ll do with these, possibly a random giveaway. I have jump rings for them (which are ginormous compared to the actual charms) but it’s much easier to photograph them flat without.

Here you can see them before shrinking, next to a pair of scissors for relative scale. Their colors are also less intense, since they get much more pigment-dense when the material they’re on shrinks.

Snape and Harry Shrinky Dinks, before, by Amy Crook

And then a clearer shot of the after, with the same pair of scissors and the additional dime for reference. SO WEE.

Snape and Harry Shrinky Dinks, after, by Amy Crook

I wanted to make a silly Harry Potter Valentine card this year for my friends who love these characters, since not all of my friends got all fannish about Sherlock the way I did. One of them suggested Snape teaching Harry to brew those candy message hearts, and after googling for some bad Latin, this is the card front.

Of course, I couldn’t stop there, we had to see the results!

As you can see, someone’s got a bit of a crush on his teacher, but Snape’s still in denial. I’m sure it’ll have a happy ending, though.

Apericordis, 7″x5″ pen and ink and Copic markers on paper. You can get your own copy of this silly little card here on Etsy.

I did a pair of Snape sketches a few years back, and I found this one lurking on my hard drive when I went looking for pieces to round out the week. They were sent off to friends who hopefully still appreciate them, and I’ve always liked this one a bit better of the two (ssh, don’t tell). I’d originally bought this paper hoping to do the trick with black & white Conte pencils, but the paper itself was too pale for the white to work will. Still, it’s come in handy for other pieces like this one — one thing I’ve learned over the years is that art supplies will always be useful someday!

I drew this years ago for a Halloween card exchange. Each costume and caption filled one eighth of one of those paper fortune tellers of the sort I used as a kid. I had to Google how to fold one, it had been so long! Perhaps next year I’ll make a Cthulhu one. Or Harry Potter himself, just so Snape can enjoy sharing the misery.

Thanks for the Sketches!

My little sketch sale was a success – I had a lot of fun doing a bunch of quickie art pieces, and I still have two left to go. I even sold most of the sample pieces I did, so I’m quite pleased overall. If you missed it, there’ll likely be a repeat again around the holidays. I’ve been told they make lovely gifts. 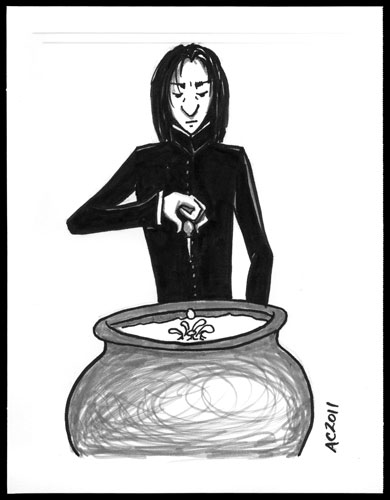 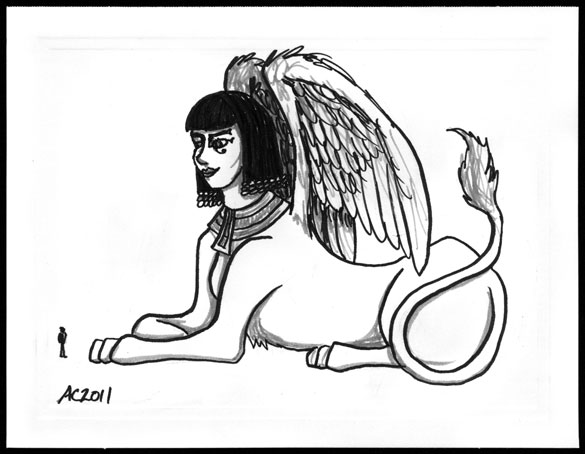 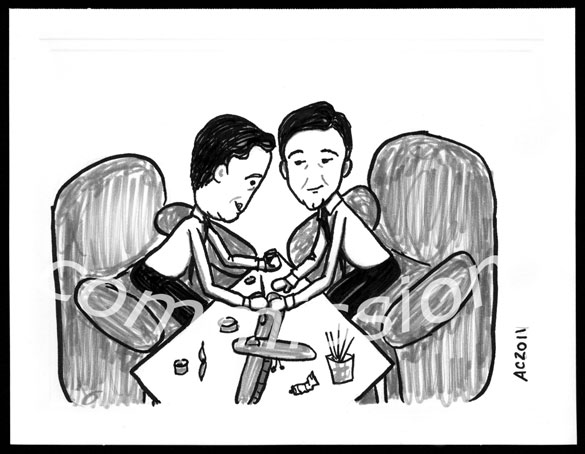 Thanks again to everyone who participated, whether by looking, buying, Tweeting or replying! 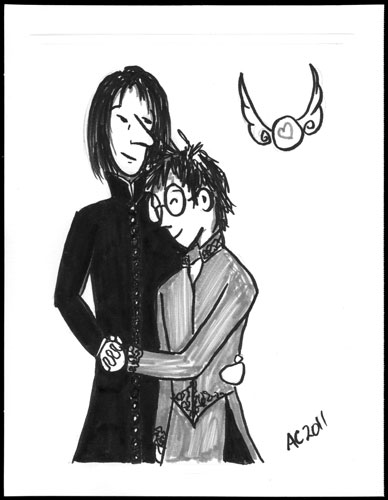 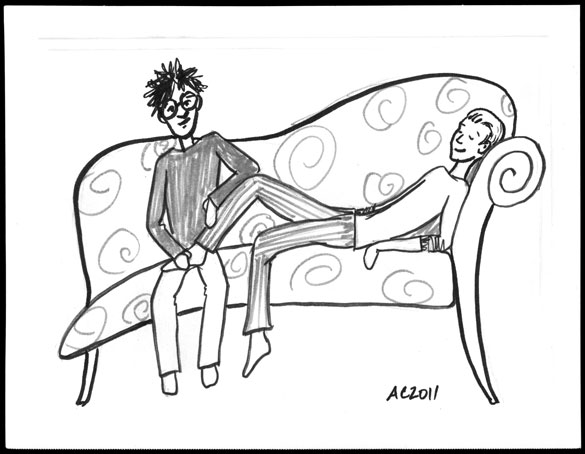 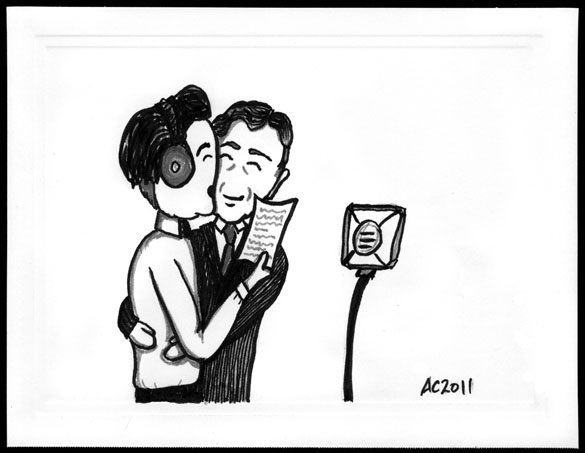 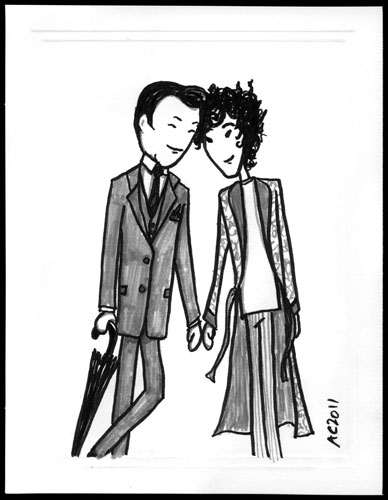