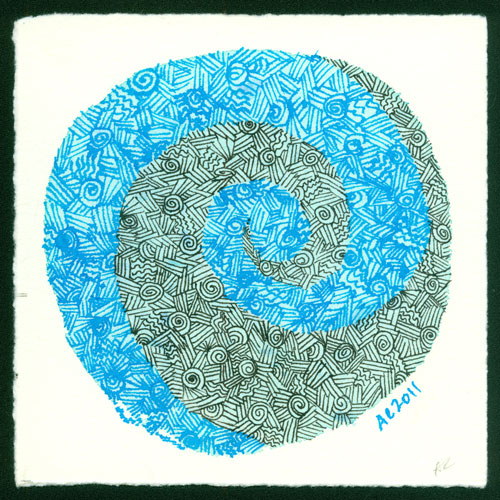 A while ago I was working on some watercolors, and I played around making some shapes to use as a base for future drawings. I have a lot of small pieces of this thick, soft buff-coloured paper torn out from my printmaking days, and so I used one of those for this. You can see below a few in-progress shots that give you a better idea of what’s hiding under all that texture.

I was inspired by three things for this, first by Kirsty M. Hall’s tendency to draw abstract shapes and textures over already-done drawings and photographs, especially evident looking at some of the great pieces in her 365 Jars project. The second thing was a Jack Skellington drawing I saw earlier this week on Tumblr of all places, and while I love the image out of pure fangirl joy, I was fascinated by the rich textures in the background. On top of that, of course, I had found the process of doing my crosshatched hatbox quite meditative, so I tried to incorporate elements of all three things.

I’ve just bought a set of Micron pens, so I used the second-largest of those to do the black swirl, and then I used a turquoise Pilot fountain pen from Japan, whose ink bled gorgeously into the pale turquoise of the watercolor, adding an extra dimension of contrast between the two sections. Expect to see more of the Micron pens, which I’m a little bit in love with, though I don’t plan to give up my favorite brush pen — I can have pens on the side, it’s an open relationship.

Below are some progress shots I took with my iPhone. Sorry about the quality, I was txting a friend for encouragement, and I decided to share! 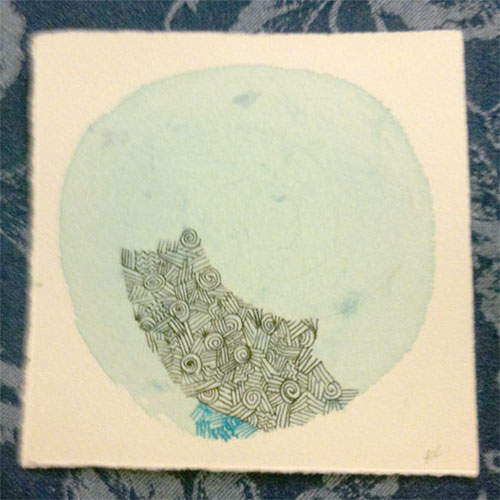 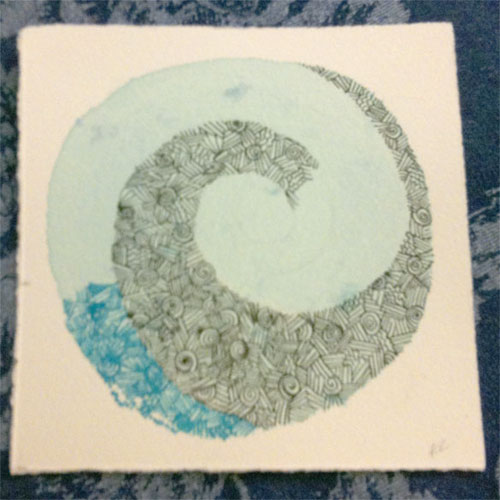 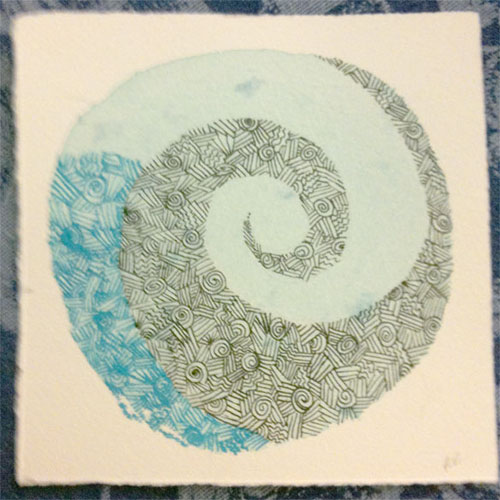