Twitter has once again given us our theme for the day, this time from @EmperorzNou whose presence there is partially my fault anyway. *cough* He asked for a mutant turtle perhaps in his teens of the ninja variety, or something like that, and thus you have an inexpertly weeble-ified turtle with obligatory pizza.

I made this little guy in a very similar manner to the Opera Squid, except I mixed rich quinacridone gold with the grey-green zoisite genuine for his palette. He gets his name from one of Lovecraft’s favorite adjectives, which means scaly, and from the texture created when the granular zoisite settles out of the mix, leaving the quinacridone to stain the paper gold. 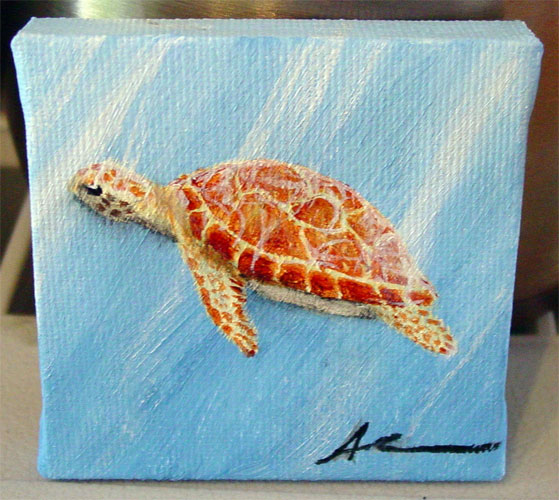 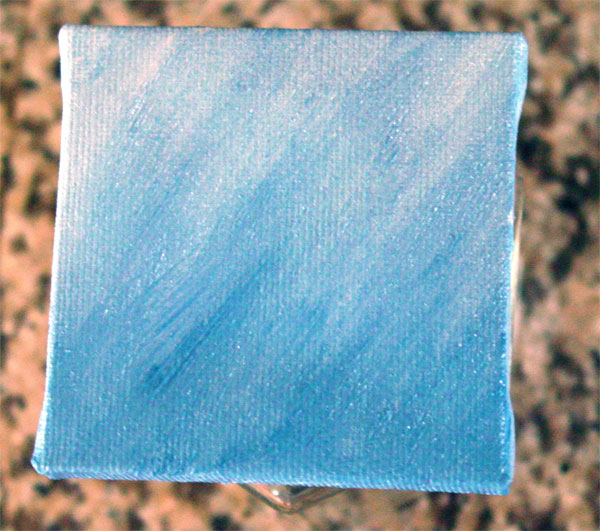 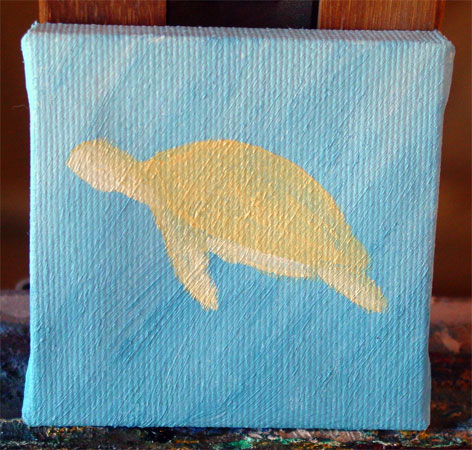