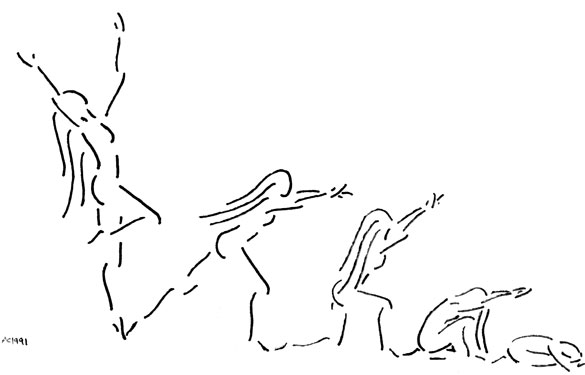 This piece is a bit of a blast from the past — as the signature says, it was from 1991 and probably originally done in a cheap drugstore sketchbook. I had a real fascination with dancers back in the day, probably due to an utter lack of grace on my own part. Even today, though, I like this as an image of winding down to a state of rest and safety.

« Weeble Wednesday: Leila and Her Monkey