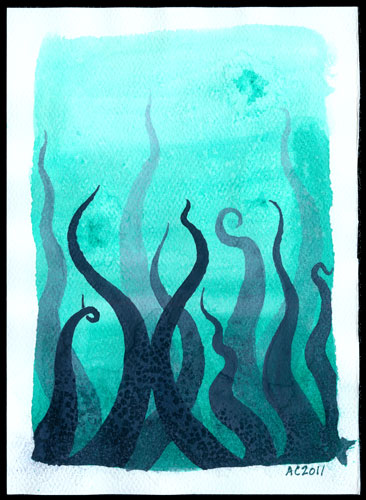 When I did the first one of these, I had no idea it would turn into a series that helps me explore all the techniques I’ve been working with this year.

For the sixth installment, I’ve used salt both on the background wash, and then separately on the tentacles themselves later. The places where the background is textured from the salt are subtle, the most obvious one being the cell-like structure in the upper left. The tentacles, on the other hand, have a strange mottled texture that definitely gives them a bit more dimension. There was also a bit of color bleed on the lower edge, which seems to be another side effect of the salt, giving the paints a powdery texture once it dries that then dusts itself onto the white when I brush the salt crystals away. 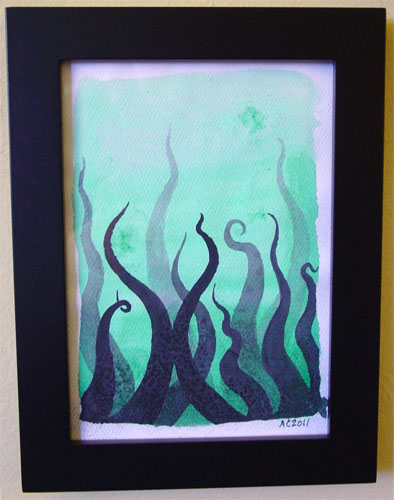