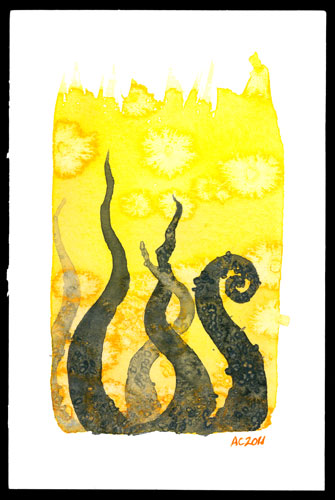 Once again, I bring you tentacles for Tuesday!

This watercolor piece uses double the salt for its effects. First I added rich texture and some orangey-gold color to the background with the large, coarse salt crystals. Later I used smaller Kosher salt on the tentacles themselves, putting the salt on after painting each one to get the maximum effect.

Something about this background made me want paler tentacles, so there’s less layers as a result. The salt texture is more dramatically visible, making the tentacles look as though they’ve got barnacles attached from years under the deep oceans.

I’ve also made an iPhone wallpaper and computer wallpaper out of this one, as well, enjoy! 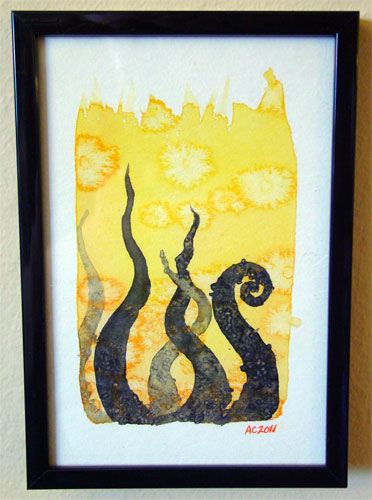