This monoprint is another one in a series I did featuring the chakras, in this case showing a man reaching up for the Seventh chakra, enlightenment, while being held down by his very active Second chakra. He strives to rise above while his base physical being keeps him down to earth, so his goal seems to him to be out of reach, as if on another plane entirely. On the other hand, his connection to the ground is also very fuzzy, his feet lost in the fog as he puts all his energy toward his goal and none of it toward his real life.

There’s something compelling to me about the pull between physical and spiritual for many of us, and the disconnect that forms as a result. 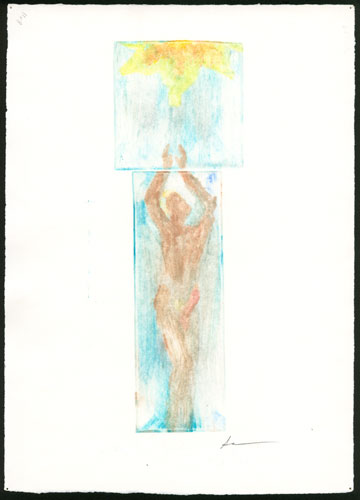 Second and Seventh by Amy Crook

2 Responses to “Second and Seventh”