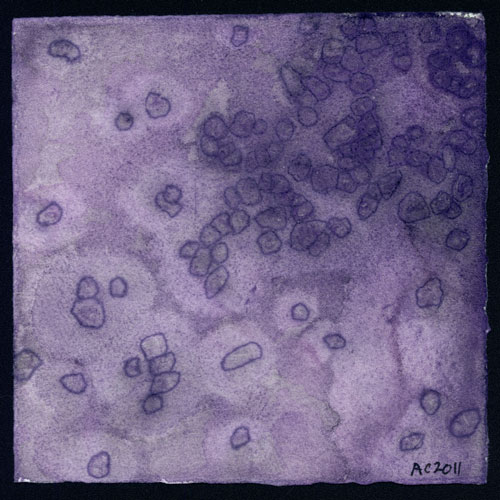 After exploring the combination of salt and watercolor last week, I picked up some larger crystals of sea salt. Wanting to do something else that echoed Salt Cell but incorporated some pen-and-ink work as well, I decided on a rather tedious methodology. The process affected the outcome because the paint began to dry before I was done putting the salt back on the little circles.

I think I might try it again, but with fewer salt crystals.

You can see more about how this piece came together below the cut. 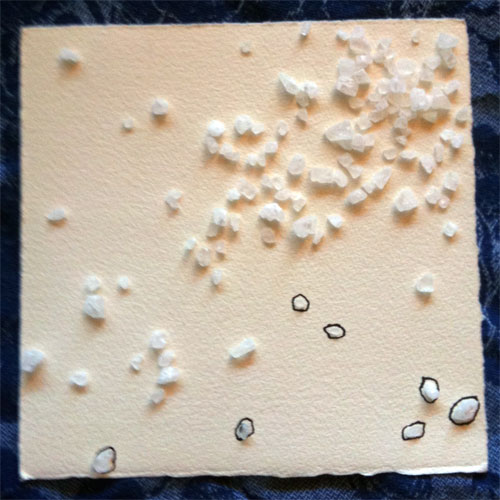 Then, after I got a few of the crystals circled, I transferred them onto my exacto cutting board, which had a convenient grid. I didn’t have to be exact, but I wanted to be able to tell which one went back where when the time came: 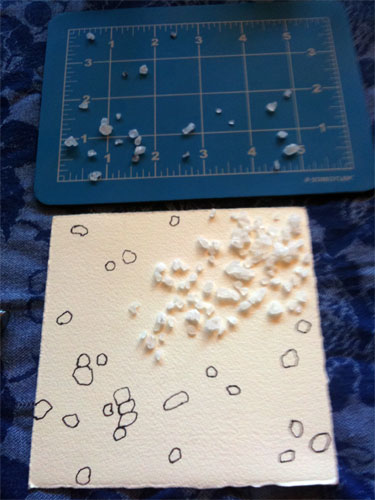 This went on for a while, as you can imagine: 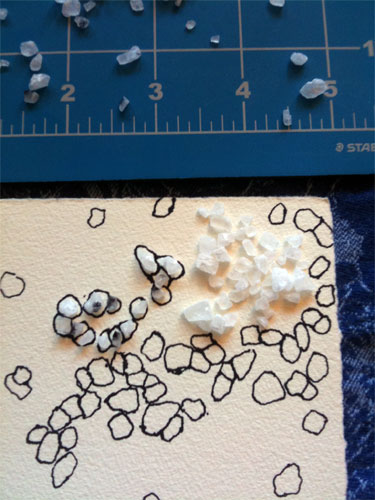 In the end, I decided to eliminate the densest grouping of crystals, and leave an open space in the upper right, where I also planned to put the darkest paint. 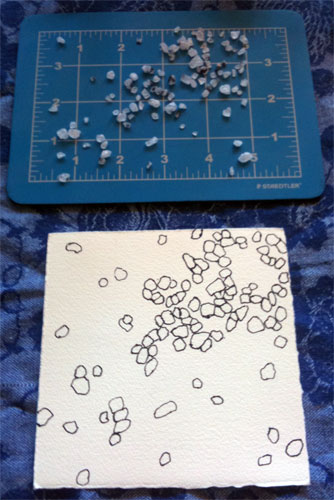 Then, I applied the watercolor in a very wet wash, and put the salt back on, each crystal in its little circle. I took a mid-progress shot, but I was in such a hurry it came out blurry, so this is after all the salt has been replaced: 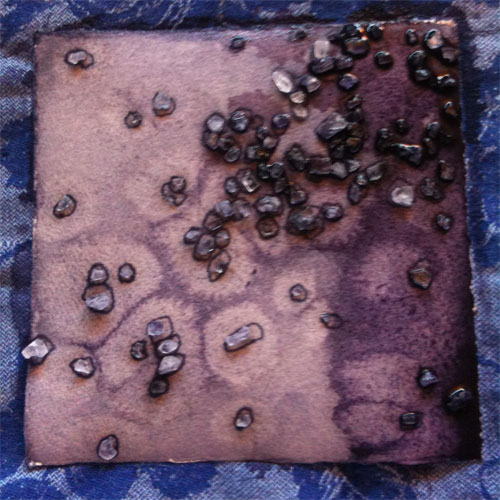 A gratuitous shot of everything I used to make this piece. Tweezers! Why did I think art needed tweezers? And yet, I’m already planning another piece using the same techniques.

And finally, a shot of the piece at the end of the drying process. The light had begun to fade, so the colors are shifted from the indoor lamps, but you can see the final pattern has emerged, and the salt is just sitting on top, waiting to be gently brushed away: 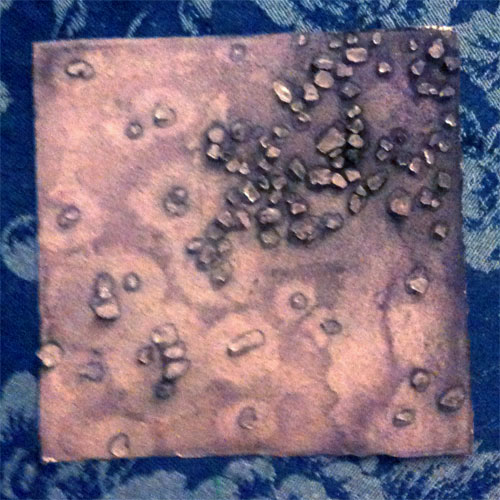 And to revisit, the final version. The ink didn’t spread as well as I’d hoped, instead it faded to soft grey instead of the sharp black you can see in my signature, but overall I’m very pleased with the final effect:

Dance of the Octopi »