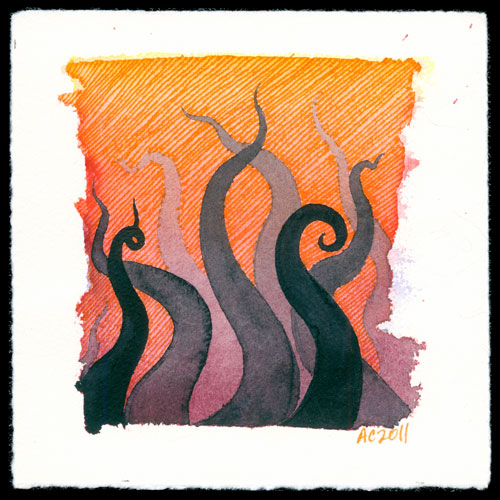 And then there were five! I’m not sure how this morphed into such a big series, but I’ve enjoyed playing with the variations on a theme.

I did this one the same day I inked all the tiny details in my Gorey-esque illustration from Monday’s post, and I used the same tiny, long lines in the background here as in the background of John’s wallpaper. In this piece, the original wash was a very soft red-to-orange fade, so I chose my vivid orange fountain pen to carefully draw in the texture in the background. The pen is nearly the same color as the border of pooled watercolor around the top edge, so it really meshed well with the paint and brought the whole piece together.

I think this might be my favorite of the series so far. 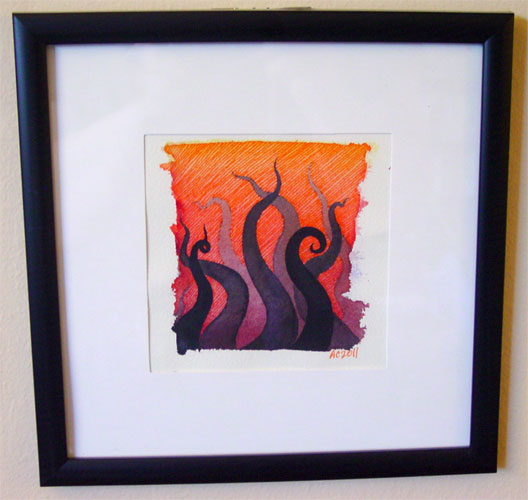