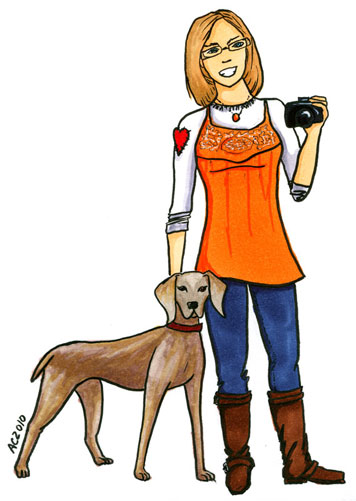 Elizabeth and Atlas were originally drawn in my very first batch of cartoon client, but she recently came back to me asking for a couple of drawings for her website. What started out as two little illustrations we negotiated into a trio of illustrations and a quadruplet of matching buttons (the fourth one uses her original cartoon, above), working within her budget while getting her just what she was looking for.

The first illustration she wanted was for her “Postcards from Heaven” service (the inspiration for my own Love Notes), and in addition to the postbox that she asked for, a little postcard wanted to come along: 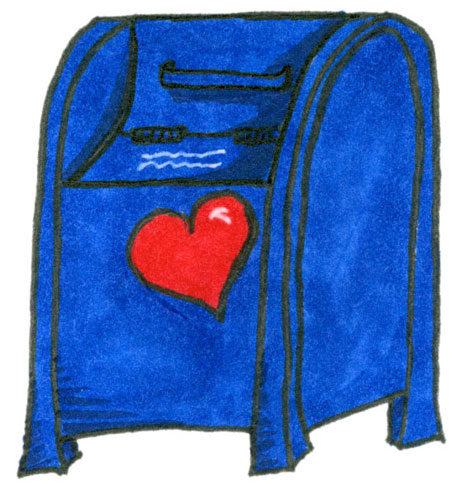 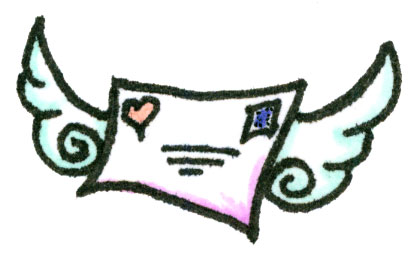 Then, after a bit of discussion, we decided on the image of a kneading kitten for her Reiki services — she’d wanted something that portrayed warmth and curiosity, and had suggested a Cheshire cat. After reading her descriptions of how Reiki works, the idea of a cat kneading at the various points on the body came to mind, and this is the result: 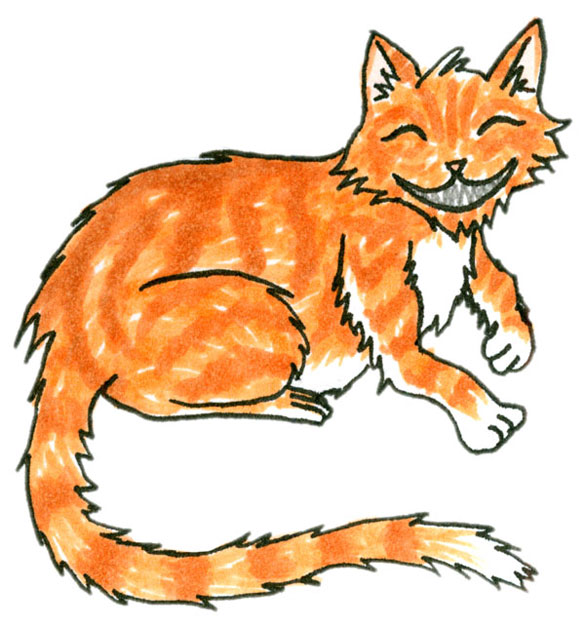 Then, after we figured out that there was room in her budget, Elizabeth decided to go for a fourth image, another drawing of her darling dog Atlas for her new animal Reiki service, titled “for the love of a weim.” He was a little more challenging to draw, but I ended up very happy with the result: 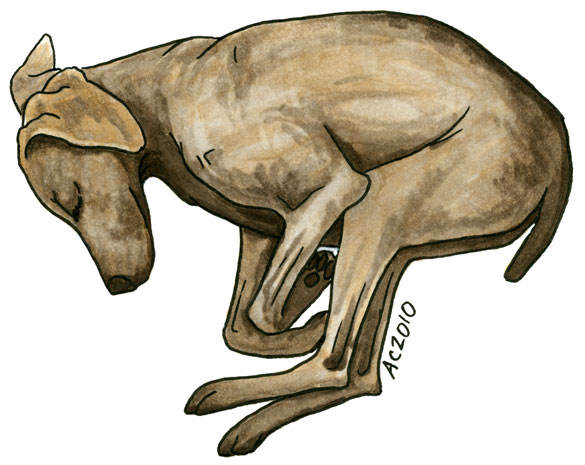 After that was done, all four of her images were resized and I made them into little buttons for her site, using screencaps to figure out what would look best in her sidebar. On her site they float in serene white down the side, but I added a bit of a border for their visit here.

It goes without saying that, although many of the images on this site are usable through Creative Commons licensing, these commissioned images belong to Elizabeth alone.

“I am just in love with my new sidebar buttons from Amy. They are so me, and so perfect, and I really do not have enough words to say how much I love them.”