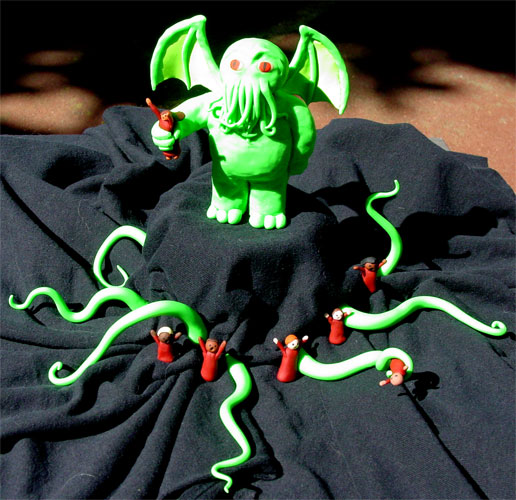 Cthulhu has been summoned into this dimension! You can see that his otherwordly color confuses my digital camera into giving it white highlights, though in reality he’s quite matte in appearance. The cultists who summoned him seem to have gotten a bit more than they bargained for, as one’s in his grip and another got scooped up by his tentacled friends.

A friend of my commissioned Cthulhu for his girlfriend’s birthday, originally intending it as a cake topper. Unfortunately he turned out too heavy for the cake, but I’m told he’ll end up in a place of honor with his cultists and tentacles. Making something that big with Sculpey was a real challenge, and I ended up making a core of aluminum foil over which the sculpey was laid, since they recommend you not try to make or bake anything out of it that’s more than 1/2″ thick. Given that he’s about 5″ overall, that wouldn’t have worked out too well! 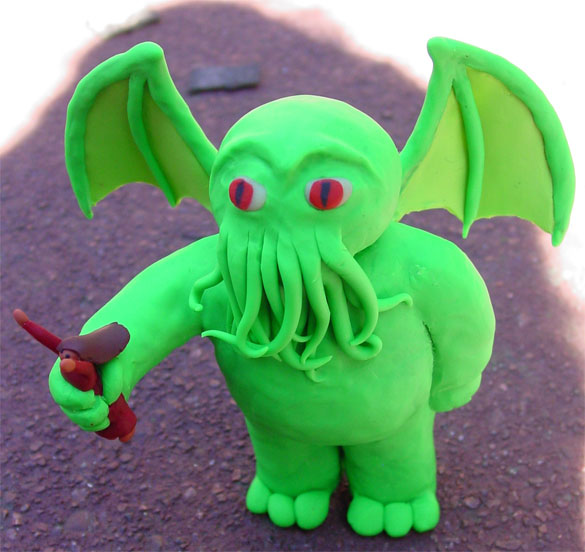 As you can see, his color seems to baffle the camera even in the shade, the vibrant green-screen green just a little too much for its pixely heart. 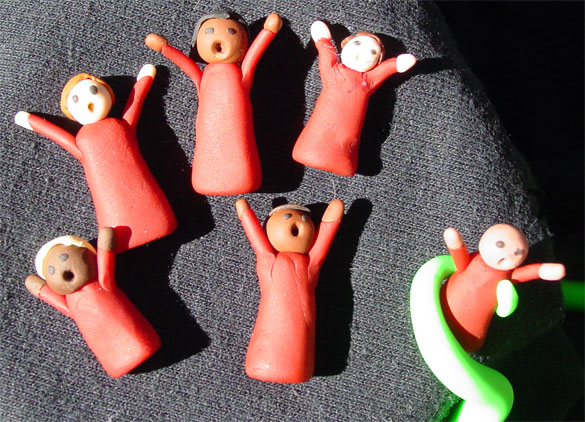 Each of the cultists was done with a different skin and hair color, and they’re about an inch tall, though I made sure to vary the height as well. Cthulhu is a multicultural destroyer of souls!

The tentacles started out rather flat, and then I figured out ways to drape and pose them during baking so they could have some extra dimension when they were emerging from the depths of R’lyeh, or the cake. Whichever.