How about a little cuttle? Cuttlefish, that is. This punny cephalopod has heart eyes just for you!

Give the Valentine to someone you adore, or simply can’t wait to get your tentacles around.

A Little Cuttle Valentine by Amy Crook on Etsy 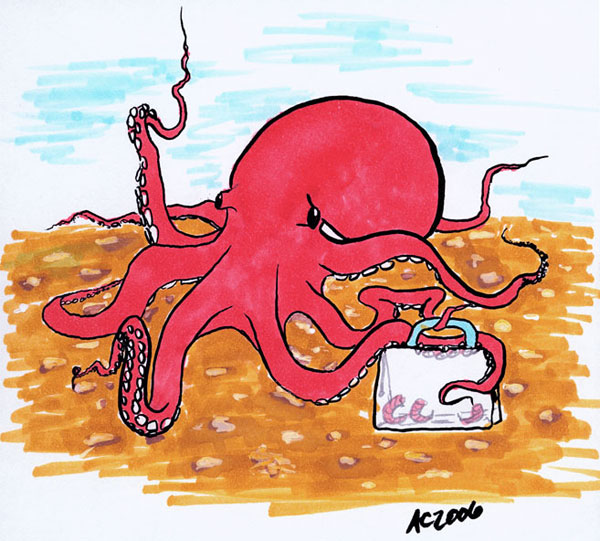 A few years back (2006 says the signature!), we visited the Baltimore Aquarium when they had their octopus. He was just so adorable, pink and friendly, and he had this little puzzle-box full of shrimp that we declared was his purse. I spent a long time watching him, studying the way his limbs met his body and the decidedly un-graceful curls and squiggles of his long tentacles, especially the way they attenuated at the very ends.

So, when I got home, I had to draw him! I gave him a purse full of shrimp, and used my “Prawn” copic marker to color him. I ran across him while I was looking for some other files, and I thought I’d share him with you as a lazy Saturday post.