More tentacles! More shiny paint! It must be Tuesday. I used three different paints here with very subtle effects to the camera, but that are quite obvious to the naked eye. The first was the background in a green that blends into the green paper until the light shifts and it becomes a bright gold. Then the tentacles are in two different shades that turn from green to bronze, different shades and different angles, but almost match.

The overall effect is mysterious and ancient, hinting at tarnished bronzes or possibly green tentacles covered in iridescent slime as they rise up through the golden sunlight, seeking who knows what.

At most angles, I got the tentacles as all green or all bronze, but here you can see how the front layer is green and the back set bronze, and the background turns a warm, bright gold. Below, you can see it in its frame, ready to grace your bookshelf, desk, or wall. 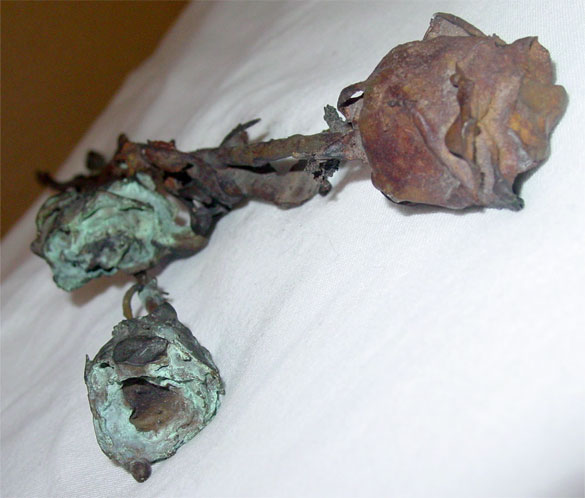 I made these roses using the lost wax casting method; each one started life as a dried long-stemmed rose, which I dipped in wax and made ready for casting. The process only worked about 25% of the time, because of the long thin stem the metal had to travel to get to the solid flower, and the leaves almost never cast.

I left the bits of flash and other imperfections on them as part of their character, the human element intervening in nature long enough to create these haunting pieces. The element of randomness is one I enjoy exploring in my art, and you can really see how it gave these roses a new life.

They get their color from a chemical patina, another process involving water and fire that has slowly evolved over time thanks to exposure to the air and handling.

I’ve sold all of the half dozen or so that I originally made, but maybe someday I’ll be in a position to create more. 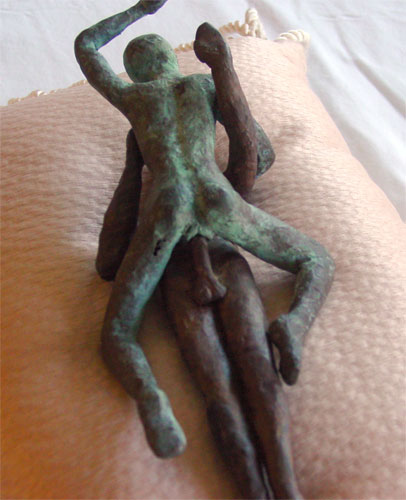 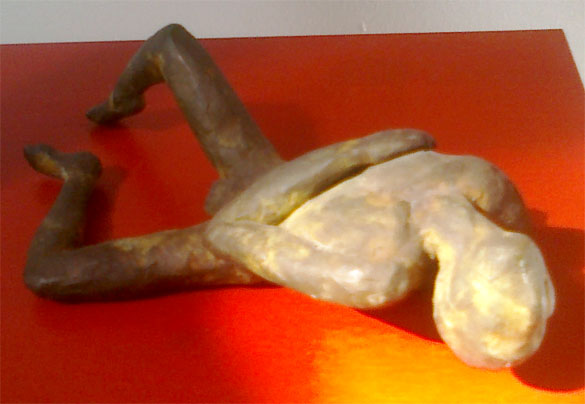 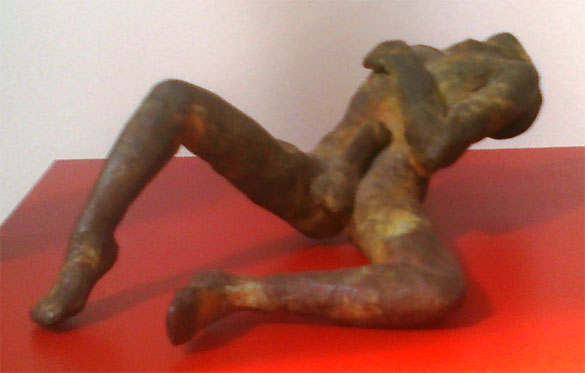 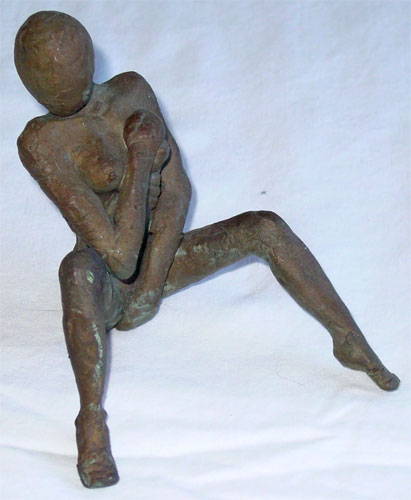 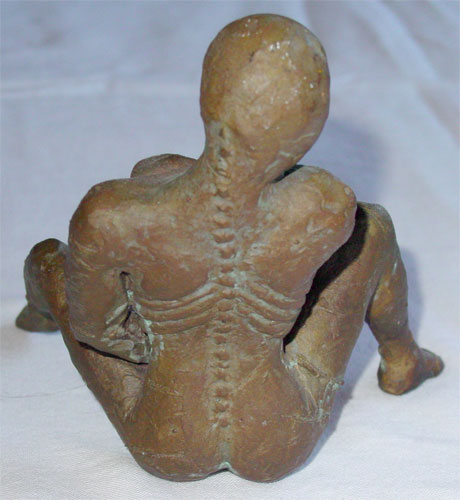 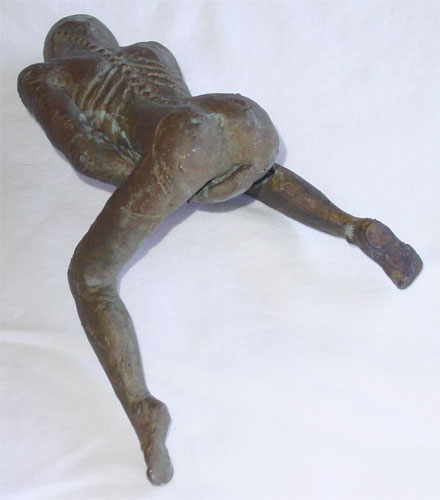