Archive for the ‘Zombies, Skulls, and Other Morbid Things’ Category

I’ve had the spooky, misty-dusk background of this piece sitting around my studio aka living room for ages, and finally one day I just pulled it out and put some trees on it. The light in the middle begged for its own something, and this loosely-constructed, half-overgrown haunted house grew out of that.

It’s possible your artist watches a few too many Halloween movies.

There’s a trio of trees, a handful of crows, and of course the spooky old house rising up out of the mist.

This piece has already sold, but there might still be something waiting just for you in September’s Floating Gallery!

Above, you can see some spooky trees and spooky birds and the misty gloaming sky behind them both. Below, it’s on my shiny new table easel, waiting to haunt its new home.

In the final installment of my Ash Ghost series, we have a single footprint, already being blown away by a wind that doesn’t seem to be as forceful as the dissolution would suggest.

The soft subtle texture feels like charcoal but is actually ink, layered in to get the depth and texture of a pile of powder.

The real question is, how does something with no feet leave footprints?

Above, you can see the texture of paper and ink playing off each other, swirls like ash blowing on the unseen winds. Below, the painting waits in a frame, a moment forever preserved. 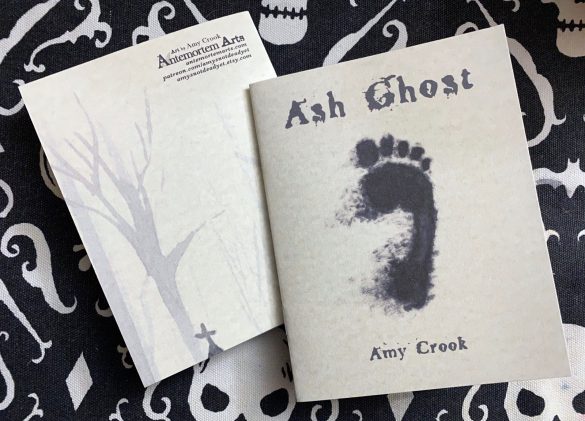 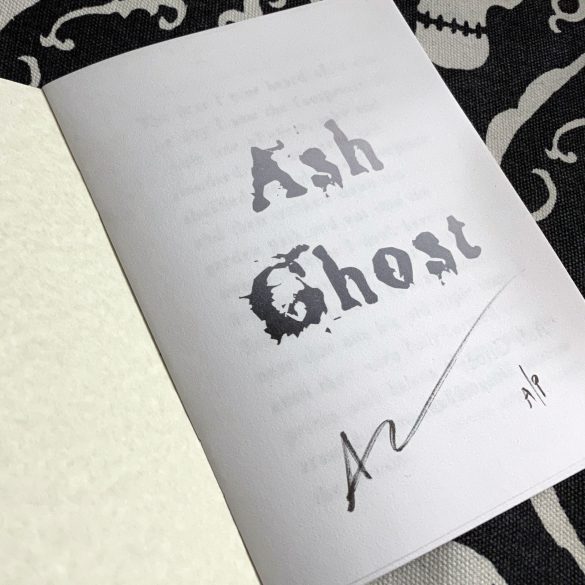