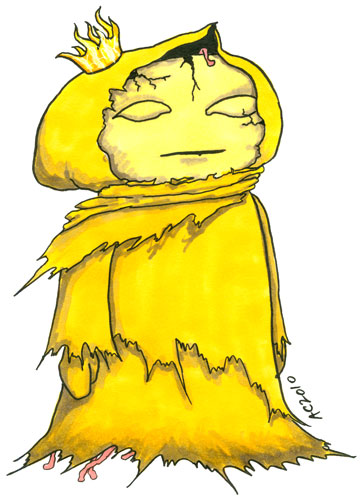 The King in Yellow is the fourth weeble in my series of depictions of the mythos of HP Lovecraft. He’s often associated with Hastur, and originally appears in the short story “The Repairer of Repuations.” He is the titular character in a play said to reveal such irresistible truth as to drive any reader or viewer mad.

In keeping with the Neil Gaiman theme of the week, the play is a central part of a pastiche of Lovecraft and Sherlock Holmes that he wrote, entitled “A Study in Emerald.”