When watching the new series of Sherlock (which I hope you’ve seen!), my mind caught on the image of Sherlock teaching John to dance for his wedding reception. After John executed the perfect dip with Mary, I had a giggle over the idea of him learning how with Sherlock.

Sherlock, of course, had to demonstrate on John, first, but I’m sure they did the other way later. It was fun getting to draw John’s hair all fweeee!

I’ve also made it available as a card in my Etsy shop. Because reasons. 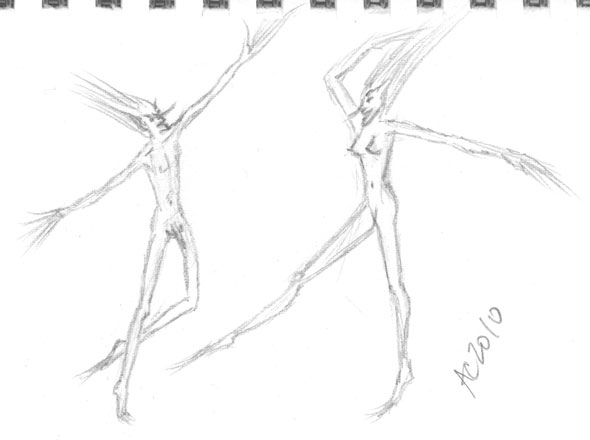 Echoing back to my very first daily art post, I sketched up some little dancing wood sprites in my next-to-the-bed notebook. I’m going to end up putting some of these guys in a painting or two soon, so I wanted to get a little more practice in with their long, slender limbs and angular features. I imagine these two are just a part of a big circle of dancing fae celebrating the turning of the seasons or some such.