Archive for the ‘Nudes and Other Sexy Things’ Category

Just a little experiment with pen and ink and watercolor that I think turned out rather well. I found someone’s Deviantart account full of reference photos and whipped this up in an afternoon, though I will admit having the hands, feet and face all hidden made it 1000% easier to draw. And the view while I was working was quite lovely, heh.

Bottom, 5″x7″ pen and ink and watercolor on paper, $69 with free shipping.

I was texting my friend Jeff and I made a typo — I intended to say I was going to “make some artses” (aka make some art), and I managed to leave out the t. Being a fan of certain British books and TV shows as I am, I immediately said that I couldn’t guarantee whether or not there would be arses.

I was testing out my very cool new Lunar Black watercolor, and I had some left on my palette from the art you’ll get to see next week, so I decided to pull out my sketchbook and draw this so I’d have at least one arse to show for the session. The paper wrinkled and the paint ran and granulated, so I supplemented it with a little bit of pen and ink work, including the signature, dipping the fountain pen right into the watery puddles of paint still on the page.

I cheated and photoshopped out the buckled paper, but you can see places the paint pooled more thickly. I do love the granulated textures the lunar black leaves, and painting bums, so perhaps I’ll try again on a thicker paper. 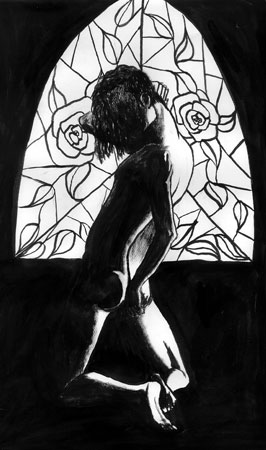 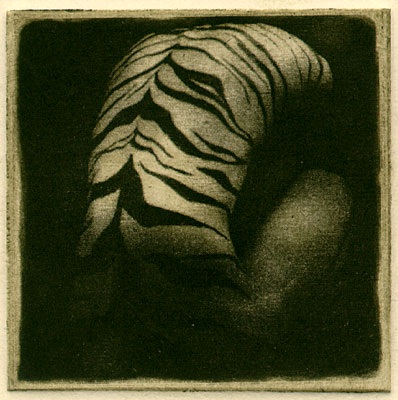 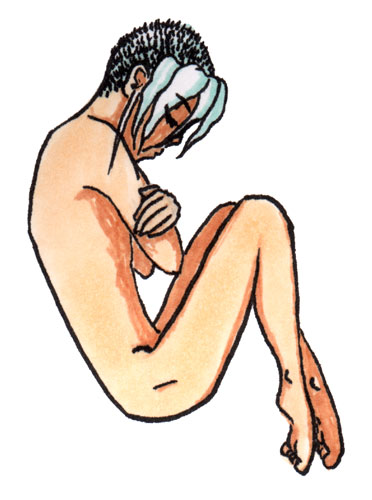 Back before I ever did a NaNoWriMo, I briefly considered doing a webcomic — the intensive schedule forces one to really develop a style and refine it quickly, which sounded more appealing than slogging through years more of feeling like an incompetent. In the long run, though, I decided that I just didn’t have the motivation to keep up a comic schedule, shelved the idea and turned it into my very first NaNoWriMo win.

This is Toby, one of the two main characters from Makeshift. It’s one of the first things I ever did using Copic markers, which then languished on my shelf for a long time before I picked them back up and got busy learning the long, hard way to suck less.

Toby, 5″x7″ pen & ink and Copic markers on sketchbook paper, not for sale. 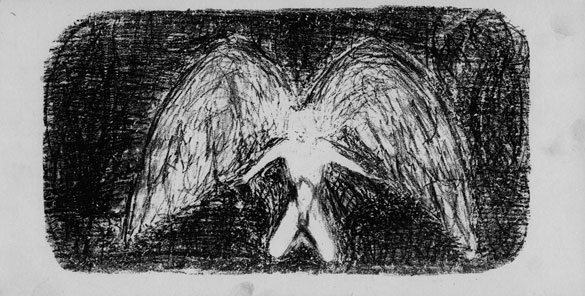